Traffic Jams at the Top of the World 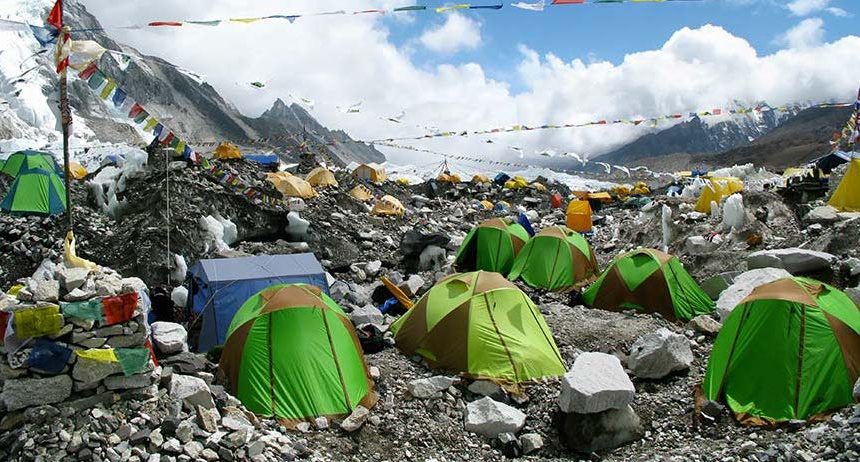 On May 29 1953, 60 years ago, New Zealander Edmund Hillary and Nepali Tenzing Norgay, were the first humans to reach the top of the Mount Everest. Since then more than 4000 people have reached the top. It has become an industry to guide people to the top of the world and consequently there are even traffic jams since many people reach the top at the same moment. The large number of people going to the top is causing problems. Since climbers leave behind trash, bodies (about 1% of the climbers die), and human waste, the top gets polluted. There are no trash collectors passing by. In order to improve the conditions and clean up the mess, some new rules are proposed, such as restricting access and providing only access to groups who do not leave waste behind. You can imagine that this is difficult to monitor, and one will be dependent on peer punishment and reputation building. Reputation will be important since expedition leaders go to the top many years in a row with guided clients who pay big amount of money in an effort to reach the top. 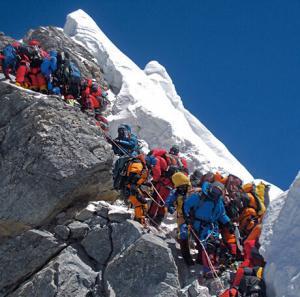 In an article in the National Geographic it is mentioned that the Nepali government receives 3 million dollars in permit fees, but that more governmental interventions will not improve the situation due to the large amount of corruption in Nepal. In fact, teams pay governmental officials to monitor whether regulations are followed, but those officials don’t even stay at the Base Camp, but go down where it is warmer. To improve the situation at the Mount Everest self-governance is needed among the climbers to sustain access to the mountain and sustain their own businesses in the long term.